The center white is 1.78” across on an official CMP target. 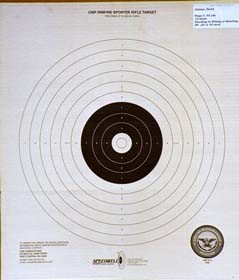